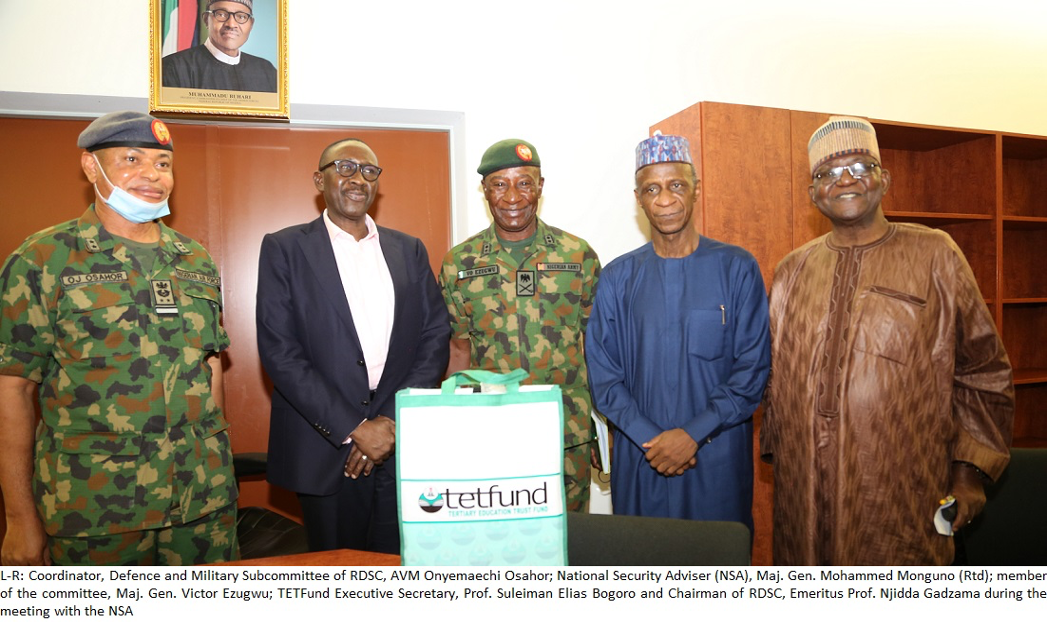 The National Security Adviser (NSA), Major General Mohammed Monguno (Rtd) and Chief of Army Staff (COAS), Lt. Gen. Tukur Buratai have thrown their weights behind the call by Tertiary Education Trust Fund (TETFund) for the establishment of a National Research and Development (R&D) Foundation to ensure sustainable funding of research and human capital development in the country.

The two security chiefs pledged their support while meeting separately with the Executive Secretary of TETFund and Convener of the Fund’s Research and Development Standing Committee (RDSC), Prof. Suleiman Elias Bogoro who led members of the Defence and Military Subcommittee of RDSC on courtesy visits to their offices in Abuja recently.

Speaking during the meeting with the Executive Secretary in his office, the NSA emphasized the importance of R&D to national development and added that there was need to apply problem-solving research in harnessing the natural resources and potentials of Nigeria to solve its problems.

He commended the Executive Secretary for his initiative in convening the RDSC as well as his call for the establishment of a National R&D Foundation to solve the challenges of research funding in the country and assured that he would submit a report on the matter to President Muhammadu Buhari and also reach out to relevant authorities that would help facilitate the process.

“Most of our institutions have been trying but they have not been able to achieve much because they have been cash-strapped, whether it is TETFund or DICON; and I can understand that it relates to the problem we are facing in terms of capacity; not because we do not have the intellectual endowment or the commitment to do Research and Development but surely because there is an impediment of insufficient funds.

“I, as the National Security Adviser want to commit myself to ensuring that your take-off is assisted. In the report I am going to submit to Mr. President, I will emphasize the urgency in addressing this problem.

“In my office, since it has this panoramic view of what is happening and it can interface not just within the Defence and Security community but also with the wider public service and larger Nigerian society, I will see whatever I can do to support.

“I also want to assure you that this office has some of the best, brightest and most competent staff both within the civilian and military; and we all have the same vision and trajectory in dealing with this problem. So I want to assure you that the entire Office of the National Security Adviser will be working as one united entity to ensure that Research and Development is the basis for which any country can reach the Promised Land in the 21st century,” he said.

Also speaking at the meeting, the Executive Secretary of TETFund on behalf of the Board of Trustees and Management of the Fund expressed appreciation to the NSA for his expeditious acceptance to receive the committee in his office.

While reiterating the importance of R&D in solving the problems of society, technology, economy, defence and security in Nigeria, he highlighted some of the Fund’s efforts in supporting research in the country and expressed hope that the RDSC assignment would eventually culminate in the establishment of a National R&D Foundation.

In his remarks, the Chairman of RDSC, Emeritus Prof. Njidda Gadzama stated that the Defence and Military Subcommittee was mandated to develop a model to institutionalize Defence R&D through need-oriented research in collaboration with research institutions and industries and sought the support of Major General Monguno in actualizing the objective.

Also speaking at the meeting, the Coordinator of the Defence and Military Subcommittee, Air Vice Marshal Onyemaechi Osahor gave a rundown of the workings of the subcommittee, emphasizing the importance of R&D in military operations and solicited for the NSA’s advice and support towards the project. 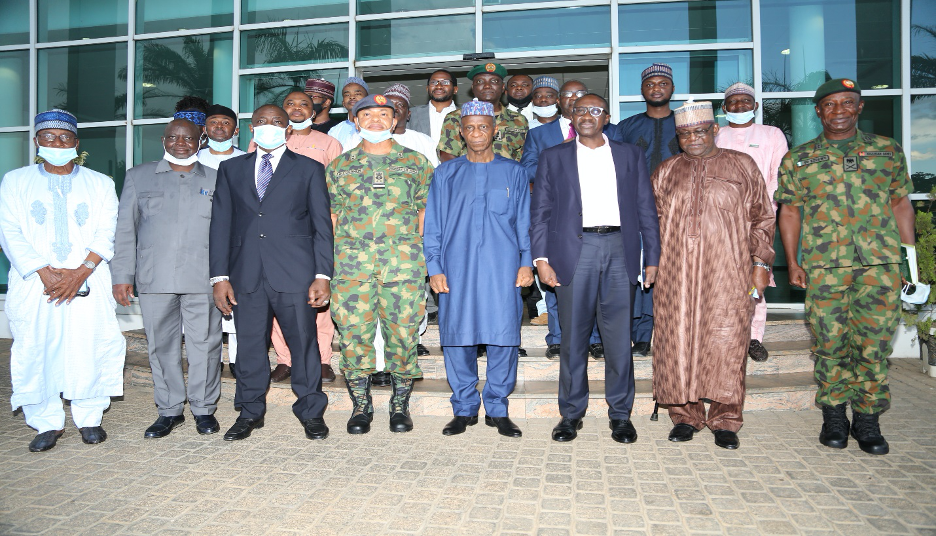 In his meeting with the Executive Secretary at the Army Headquarters in Abuja, the Chief of Army Staff pledged the support of the Nigerian Army to TETFund in its drive to institutionalize R&D in the country for the purpose of building a knowledge economy.

Lt. Gen. Buratai expressed the passion of the Nigerian Army for R&D and revealed that a number of innovations have been carried out by the Army. The commitment of the Nigerian Army to R&D, he said, is evident in the establishment of the Department of Innovation and Transformation which he added has participated in R&D exhibitions, seminars and workshops both locally and internationally. The Army Chief commended the efforts of TETFund on R&D and other interventions and promised to lend his voice in support of the establishment of a National (R&D) Foundation being advocated by the RDSC. 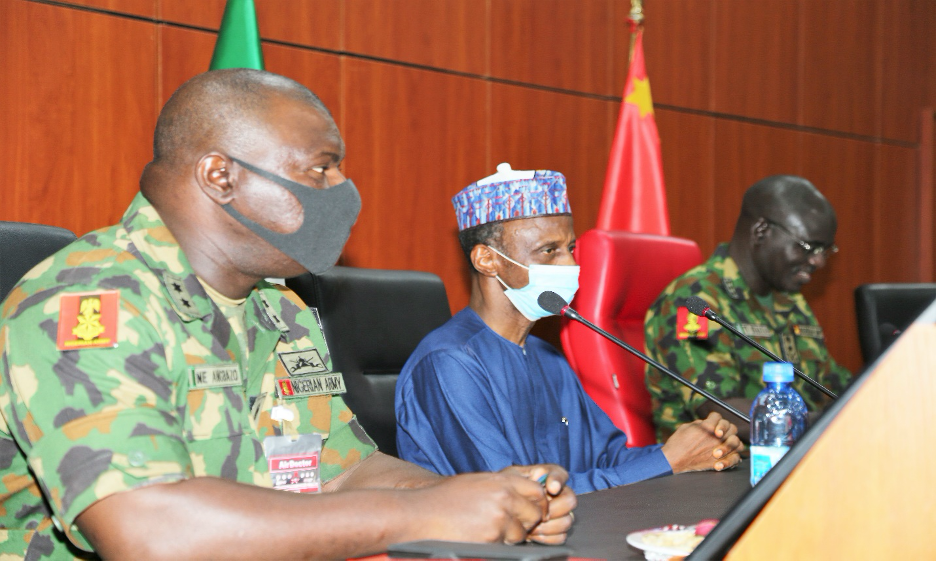 Speaking earlier at the Army Headquarters, the Executive Secretary of TETFund expressed the need for the Nigerian Army to intensify research on defence, innovation and technology, noting that the military sector of any nation cannot proceed in the 21st century by protecting its citizens through any other means except by injecting innovation, which is perfected through R&D.Prof. Bogoro disclosed that the RDSC had vice chairmen drawn from the Industry, Academia and Government in line with the Triple Helix Concept and noted that the establishment of a National R&D Foundation would provide for the sustenance and implementation of R&D, as well as promote an effective interface between universities, government and the private sector. For too long, he said, the Academic community has been working solitarily and must join hands with both industry and government collaboratively towards building a knowledge economy. 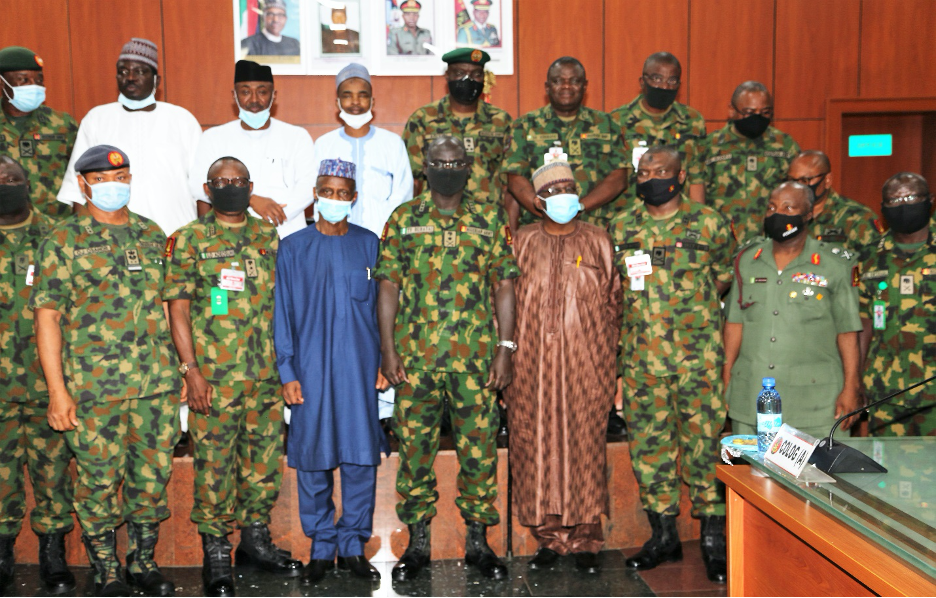