The TETFund Centres of Excellence (TCoEs) intervention, was considered in the 2020 intervention budget. The sum of twelve billion Naira (N12,000,000,000.00) was approved by the Fund’s Board of Trustees for the establishment of twelve (12) Centres of Excellence, two in each of the six geo-political zones, at the cost of one billion Naira (N1,000,000.00) per center as shown in the table below: 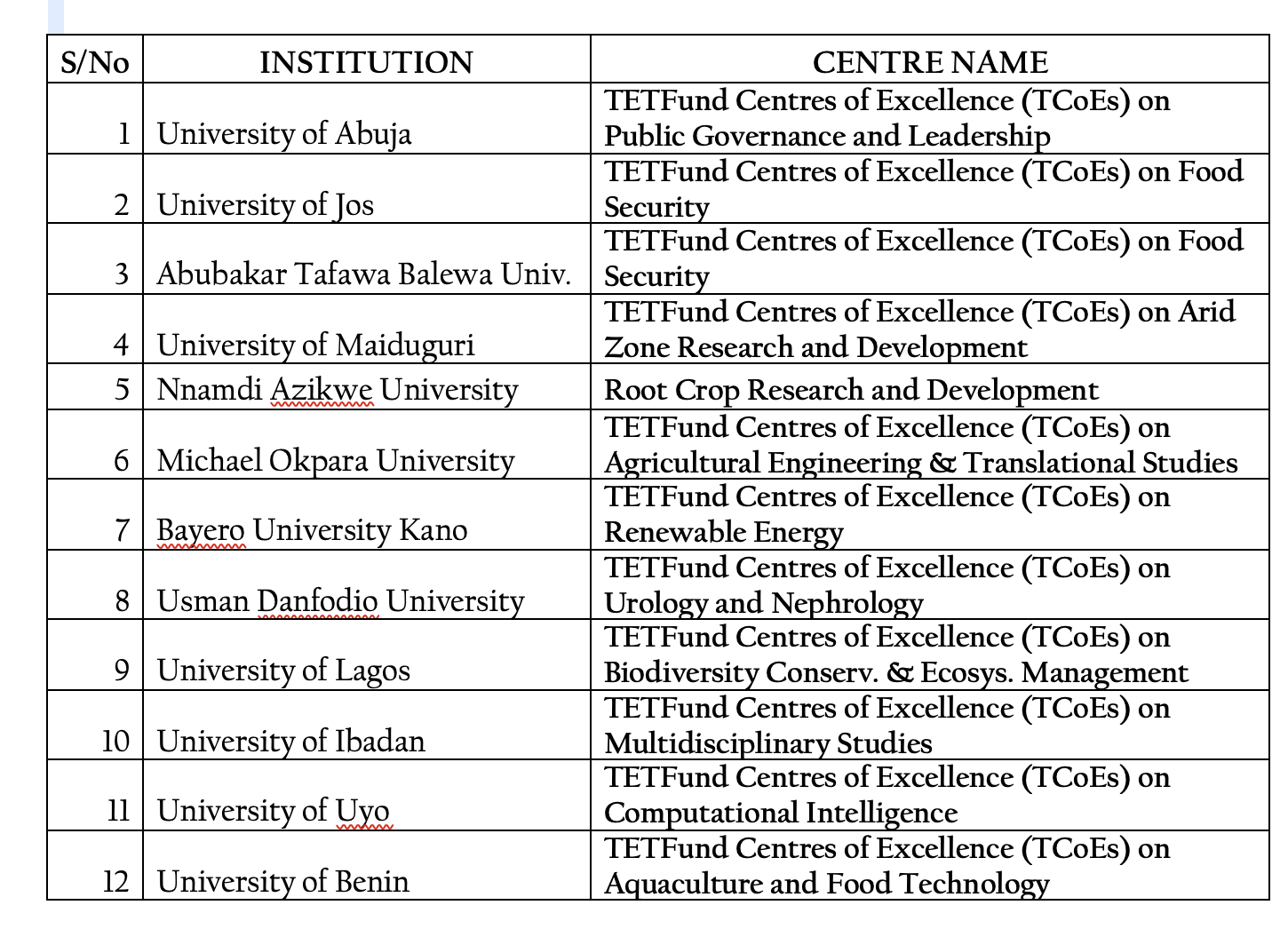 A steering Committee of nine (9) members was empanelled and inaugurated on 1st July, 2020, with the sole responsibility to draft a working document for the TCoEs. Following the Inauguration, the Committee held five (5) meetings, prepared and submitted a working document consisting of three (3) segments – Establishment, Operational and Financing Guidelines – to the management for approval and further action