The Tertiary Education Trust Fund (TETFund) has commenced funding of Research and Development (R&D) in the Nigerian Defence and Military sub-sector.

Executive Secretary of TETFund, Professor Suleiman Elias Bogoro made this known at the beginning of a four-day meeting of the Fund’s Research and Development Standing Committee (RDSC) held in Abuja recently.

The Executive Secretary explained that the move by TETFund would ensure that the Nigerian Armed Forces have the capacity to produce weapons and other equipment that can be deployed in the fight against terrorism and other security challenges in the country. 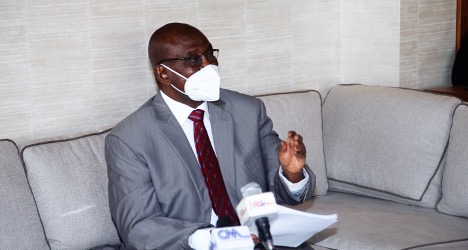 Prof. Bogoro added that that the Fund’s efforts in deepening R&D in the country has also yielded results in the area of supporting researchers to develop vaccines and other products required in combatting the Covid-19 Virus.

“I am pleased to inform you that TETFund has gone far in implementing the President’s directives and soon the results will be announced.

“Similarly, TETFund has also commenced funding of Defence and Security R&D towards responding to the unfortunate insecurity challenges and insurgency in the country, towards making Nigeria self-sufficient in locally produced technology for our Armed Forces and other security agencies,” he said.

The Executive Secretary expressed delight over the performance of RDSC and stated that the various reports submitted by the committee indicated that the Triple Helix model, which brings Government, Academia and Industry on the same platform holds the key to a brighter future for Nigeria. He added that the purpose of the meeting was to validate and adopt reports from the 13 Thematic Groups and to also verify and endorse the National R&D Foundation (NRDF) Establishment Framework.

Prof. Bogoro paid glowing tributes to four members of the Committee who passed away in recent months, assuring the families that they would not be forgotten because they died in the service of the Nation. The deceased members are Prof. Emmanuel Ezugwu, Prof. Femi Odekunle, Prof. Habu Galadima and Prof. Ibidapo-Obe.

Also making his remarks at the meeting, the Chairman of RDSC, Emeritus Professor Njidda Gadzama said the body was able to come up with an action plan that would see the establishment of the National R & D Foundation.

He stated that the visits of the 13 thematic groups to various strategic institutions across the country revealed that Nigeria has what it takes to compete favourably with other countries in the area of innovation and scientific development.