In a letter addressed to Prof. Aworh by the Executive Director of IUFoST, Judith Meech on behalf of the Board of Directors, the Union thanked Prof. Aworh for his willingness to serve IUFoST and IAFoST in the Academy Council.

The Executive Director expressed optimism that with Prof. Aworh’s commitment, expertise and fine leadership qualities, the Union looked forward to the continued advancement of the discipline of Food Science and Technology for the betterment of all. 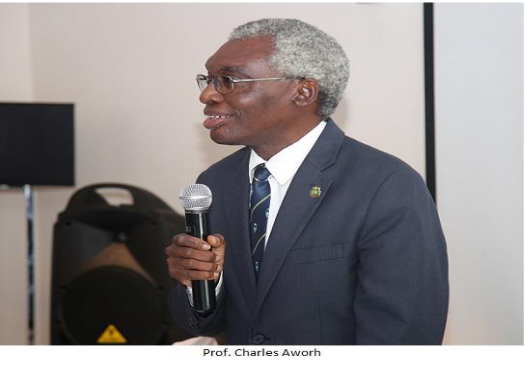 The International Academy of Food Science and Technology (IAFoST) is a statutory component of IUFoST that collectively forms a pool of scientific expertise in food science and technology from which IUFoST draws non-aligned expert advice on scientific matters.

His area of research include post-harvest technology, food processing and biotechnology and hehas over 100 scientific publications.

Speaking on the emergence of Prof. Charles Aworh as President-Elect of the Academy Council, the Executive Secretary of TETFund, Prof. Suleiman Elias Bogoro, on behalf of the Board, Management and staff of the Fund congratulated him on his well-deserved election and added that TETFund is proud to be associated with his achievements.

Prof. Bogoro described Prof. Aworh as an intellectual who has contributed immensely to the academic and overall development of the country and expressed confidence that he would bring his wealth of experience in Food Science and Technology to bear at the Academy for further global development.

In recognition of his outstanding contributions to academics and role in TAG, Prof. Charles Aworh was in August 2019 appointed as the Chairman of TETFund’s Technical Advisory Group on Book Development (TAG).

He had served as Convener of TAG for years and played a very key role in the publication of several tertiary education textbooks sponsored by the Fund.

TAG is charged with the responsibility of ensuring the publication of quality indigenous academic textbooks in Nigerian tertiary educational institutions. 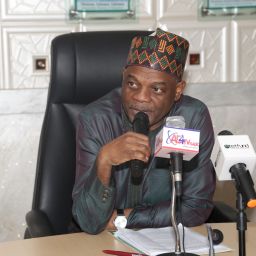